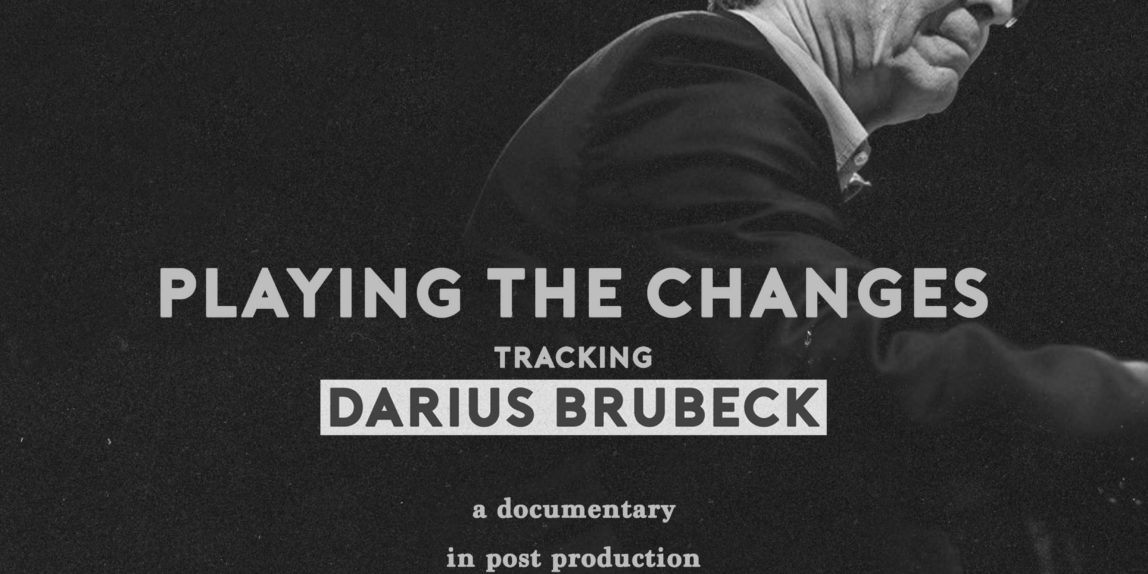 Darius Brubeck – Playing the Changes is a documentary that revolves around Darius Brubeck, son of jazz musician Dave Brubeck, and Darius’ wife Catherine (Cathy) as they are “playing the changes” through their life in music, education and personal diplomacy.

In 1983, Darius pursued his vision of bringing jazz education to South Africa during the final years of Apartheid era. With the help of Cathy, he setup the first jazz studies curriculum on the African continent at the University of KwaZulu-Natal in Durban. His first success was in forming The Jazzanians, a mixed-race student ensemble that traveled the world promoting South African jazz despite the international cultural boycott that was placed upon South Africa. From this, Darius was appointed Director of the Centre for Jazz and Popular Music allowing Darius to form and participate in more bands like the Afro Cool Concept and the NU Jazz Connection. These bands ignited the careers of many talented South African jazz musicians such as Barney Rachabane, Zim Ngqawana, Natalie Rungan and Andile Yenana, to name a few. These achievements were an entire lifetime in the making, starting with Darius playing the first notes of Take The A Train in Szczecin, Poland under the watchful eye of Dave Brubeck or who he simply called “dad”.

It all started in March of 1958, when a 10 year-old Darius accompanied his family and The Dave Brubeck Quartet on a State Department-sponsored tour into Poland as a part of a Cold War project called the Jazz Ambassadors Program. This program was created as a cultural offering that sought to win the hearts and minds of the people in the countries bordering the ever-expanding Soviet Union with its communist ideology. Their strategy was to use a true American art form that became regarded as the music of freedom: Jazz. During this era, famous jazz musicians like Louis Armstrong, Dizzy Gillespie, Duke Ellington and the Dave Brubeck Quartet took part in these tours. Ironically, while the Black band members were treated as royalty in Europe and Asia, they remained as second class citizens in the very country that sent them as representatives. Among program participants this raised questions on how American society with its Jim Crow laws of segregation was perceived by the world as it preached democratic equality for others. This hypocrisy led Dave Brubeck, his wife Iola and Louis Armstrong to compose and record a musical entitled The Real Ambassadors that lampooned some of the misguided efforts of this governmental endeavor.

Modern Poland, both politically and culturally, was a child of the Jazz Age. After World War II, Poland became a Soviet satellite during Josef Stalin’s regime. Stalin reviled American music, and especially condemned jazz as a creature of American imperialism. For a time, jazz in Poland went underground in what was known as “the catacombs period”. However, the political landscape changed immediately after Stalin’s death in 1953 and the Polish Presidents demise in late 1954. Polish jazz reemerged from the catacombs with state-sponsored jazz festivals featuring domestic as well as international performers. A personal request from President Eisenhower made Dave Brubeck one of the first of these international artists to travel to post-Stalin Poland. Just as in the United States, jazz was envisioned to be the music of freedom and it became the soundtrack of Poland’s remarkable Cold-War cultural florescence.

Darius, who traveled with Dave on this tour, kept a diary and sketchbook to witness and record it all. This laid the ground work of his becoming a jazz ambassador in his own right with his musical and educational career in South Africa and his later work as a Fulbright Scholar in Turkey and Romania.

In 2018, Darius returned to Poland with his Darius Brubeck Quartet to retrace his father’s 1958 footsteps to play in many of the same venues 60 years hence. Following that in April 2019, Darius and Cathy went back to South Africa where they met with all surviving musicians from their three decades of music education as they wrote their autobiography Playing the Changes, which is set for a 2020 release.

Through this documentary we will discover that Darius is a cultural bridge builder just like his father before him. Darius showcased that jazz as played in the USA, Poland and South Africa is also the musical idiom equivalent of freedom.